Postman – Hitting the API Growth Pedestal with a Strong Product

This SaaS Unicorn ranks 5th in the top 10 API companies around the world.

In 2012, two humble coding interns at Yahoo kept running into the same issues over and over again. Working out of their Bengaluru-based office,  Ankit Sobti and Abhinav Asthana had one key job – to take Application Programming Interfaces (APIs) and convert them into a shareable format that developers could use in their projects. Doesn’t sound very simple, does it?

Well, amidst this complicated procedure, the duo found a solution to many coders problems, and thus began the inception of Postman, the collaboration platform for API development.

The Birth of Postman

To begin with, let us understand what an API is. Application Programming Interface – API – is a software intermediary that, in simple words, allows two applications to talk to each other. When you open an application on your phone, any type of process or service from that app requires an API to function. It works as a messenger between the app from your phone to the server’s mainframe wherever it is.

For the founders, learning how the APIs worked was a complex process. Testing and debugging APIs was also a pain for the production team. They had to start over every time an API was changed or updated.

The duo figured out that there were a lot of communication issues when it came to API testing. However, they failed to reach a consensus or a probable solution. The same issue erupted a few years later at Asthana’s first start-up TeliportMe, a social media platform.

The duo was then joined by Abhijit Kane, the third co-founder of Postman. This team of three was building a front-end architecture of their app, and that’s when they had to work with a complicated API and needed to exchange details in the process. However, they ran into the same communication issue and failed to find a solution.

This became the first building block for the trio’s venture. Collating all the previous and current issues, the founders had realised that the tools to support API development were missing. They started noting down the codes to solve the issue (making API testing easier) and posted it on the Chrome Webstore; things took off from there. Google reached out to the team and appreciated the Postman tool. Thereafter, they featured it on the homepage of the Chrome store, which gave the start-up a fantastic visibility and the needed kickstart.

Postman is the leading API growth collaboration platform in India and is being rapidly adopted throughout the industry.

A Good Product Sells Itself

APIs have been around for four decades but Postman is probably the first start-up to realise the opportunity of private APIs. It is an online company that works into designing, developing and managing APIs for organisations and developers. As soon as the company was launched in  2015, the trio’s desk was flooded with feedback from developers besides enquiries from investors. Interestingly, the USP of the product is its scalability. Right from start-ups to big companies, the adoption, applicability and usage of tools is not limited. The start-up had nearly half a million users even before officially starting the business.

Postman is branded as an all-in-one toolkit for API developers. It is a versatile tool for rapidly, effectively and precisely creating linked applications using APIs. There are two components of the Postman API Network:

It is accessible to the entire API world

It is only accessible to particular groups.

As a user, you can make and store basic and complex HTTPs requests, as well as read their comments. Consequently, the work done is more productive and less stressful.

But the obvious underlying question here is what is so special about this product? Or, why is it so prominent in today’s market?

The answer lies in the product’s versatility in almost all aspects of the company to suit the customer. For example, there are three different types of plans for clients just to make the product more inclusive.

Apart from versatility, another reason why its demand in the market is high is because of its convenience. It has many in-built features which make the ability to design, mock, debug, generate automated tests, monitors, documentations and published collections easier. Besides, it is able to fix bugs at 4x faster on average, which helps in staying ahead of the curve.

The sheer number of operational options on the platform not only make it a favoured platform but a versatile one too. 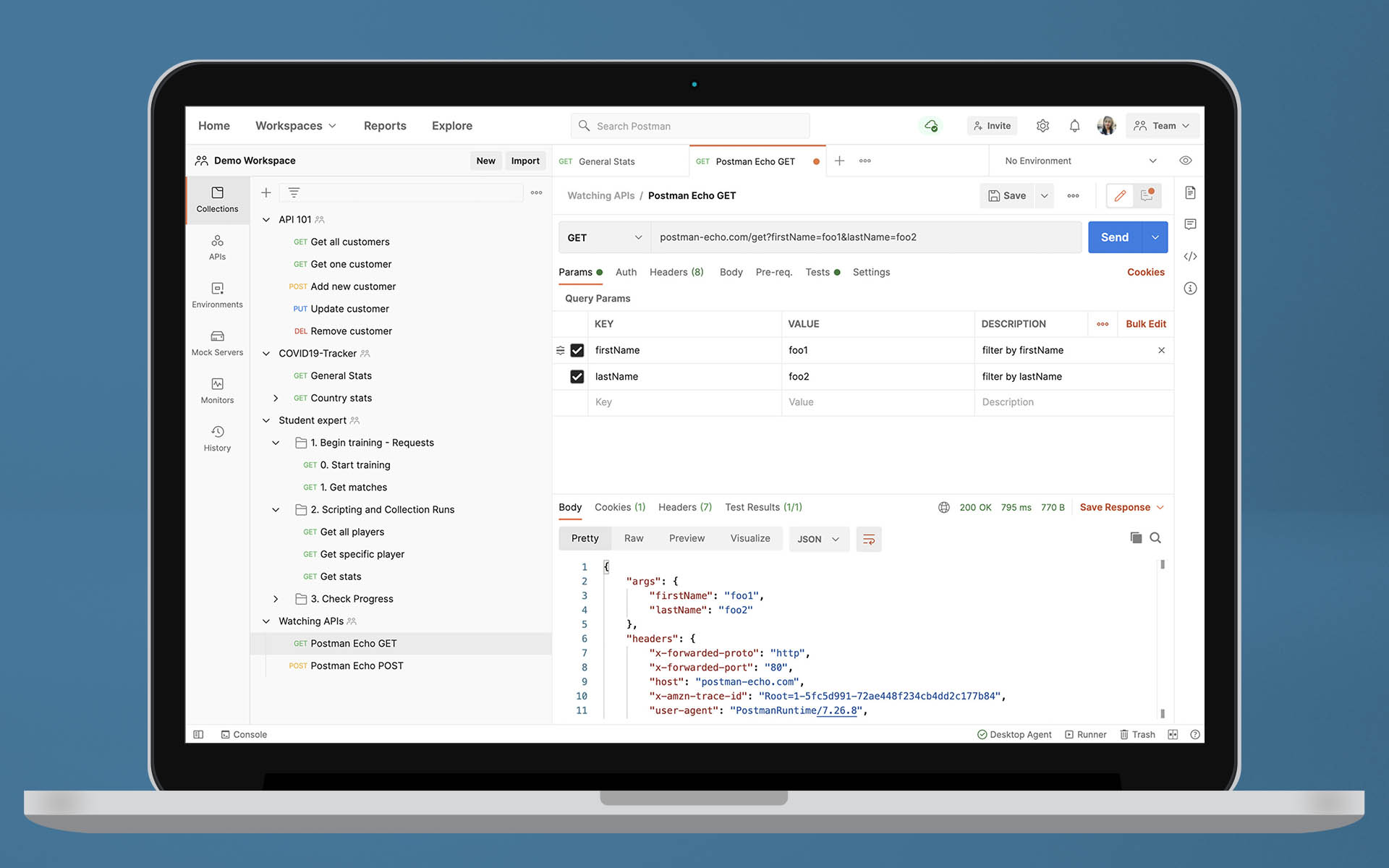 The start-up received its first round of Series A funding in 2016 of $7 million from Nexus Venture Partners and opened offices in Bangalore, San Francisco and Austin. To date, the company has managed to raise $208 million from the existing investors besides others like CRV.

In June 2020, after receiving $150 million in a Series C round from Insight Partners, at a valuation of $2 billion, Postman became the quickest Software as a Service (SaaS) business to attain unicorn status.  Postman is the API development tool of choice for nine of the top ten cloud computing providers, according to Asthana. Its API development platform is used by over 11 million developers around the world, across more than 5,00,000 companies globally, including Microsoft, Twitter, Best Buy, AMC Theaters, PayPal, Shopify, BigCommerce and DocuSign.

What is interesting, as stated by the founders in their blog, is the fact that Postman was started in India. Lots of technology products start in the Silicon Valley and getting global support right in the beginning was commendable for the start-up.

Microsoft’s decision to become a client of the platform was because of the feature where Postman allowed them to create API integration tests for all of their endpoints, which meant that its API would verify whether the system was functional or not. Apart from this, they also used environment variables and test scripts offered by Postman to build their own flow control structures.

One of the reasons the Postman product is so successful is because of the founders obsession with customer feedback. The team, starting from initial days itself, began tracking every piece of feedback from users all over the world. They were obsessive about product reviews and user requests, and had in-depth conversations with developers as often as possible and continue to do so to date.

In his blog, Asthana writes that loads of feedback is great, but one has to be smart about acting on it. Many start-ups encounter problems when they try to take on too much at once, focusing on the big picture rather than the next feature needed. He says the company had decided early on that it would tackle only one or two problems at a time, get as much input as possible, and really get the solution right before moving on to the next problem.

Besides the initial setup of API Testing, Postman faced a series of challenges. They weren’t too concerned in the early days about things like business model and pricing and wanted to be (and still are) focussed on the product and its development. While other companies prior to Postman were building products, they were close to managers or decision-makers rather than the developer community. That’s where Postman earned the brownie points with the developers. They first started exclusively with developers and gradually moved into more of a true business-to-business offering where they solved organisation-wide problems that impact managers, senior leaders, and cross-functional teams. This was the most organic growth of the company. The product-market-fit was found and worked upon.

Postman ranks 5th in the top 10 API Companies around the world. Its management software is a popular technology and many people are looking for top-rated, well-known software that includes API testing, monitoring and app integration. It is also one of the only three Indian start-ups to appear in the Forbes Cloud 100 list of the most influential SaaS companies in the world

Postman’s portfolio of products is based on making developer communication simpler. Its approach has been to provide free customer assistance, which is a function that many SaaS firms charge extra for. Given that the majority of developers utilise Postman’s platform, the only option for the company to continue to grow is to extend its use cases and build on the present product.

According to Gartner’s prediction, more than 65% of global infrastructure service providers’ revenue would be produced by API-enabled services by 2023 – that is up from 15% in 2018.

SaaS unicorn Postman will always be credited as the first in history to recognise the potential of API management. In the current era, no software engineer lives without the Postman platform if they ever work on APIs. Postman has become a default tool in API testing and development. APIs may have emerged as a critical part of the software ecosystem lately, but this product will always be credited to be the first one to recognise their potential.

For more inspiring stories like this, read our Inspire Section!

Franzil Dias
Franzil is an intern with Dutch Uncles. He is a student at the Manipal Institute of Communication and has a keen interest in writing, research music and business marketing.