While companies are run by a wide range of assets and people, their brand – goodwill – is something that gives them public recognition. Learn what goodwill is and how you can weigh it for your investments.

Goodwill is generally used to determine the reputation and creditworthiness of a company, that is, the business’ performance relative to others. But, when people find “goodwill” in business reports and documentation while doing their fundamental research, they are often confused with the term’s usage. Since it is recorded under ‘Assets’, does it mean that the firm expects a future cash influx? In essence, what is the goodwill representative of a company?

For investors, this type of goodwill is known as “accounting goodwill” and plays a vital role in decision making during a merger or acquisition project. This signifies that whenever any company acquires another business, goodwill may come into play.

The amount the buyer pays in addition to the book value of these perceptible assets is recorded as a distinct asset called goodwill.

Goodwill in the financial statements

Because goodwill is an elusive asset, it is recorded on the balance sheet as a noncurrent asset. A noncurrent asset is a long-term asset like fixed assets such as property, plant, and equipment.  The goodwill entered in the books may not realise any cash profit in the future. Thus, a company’s valuation should be calculated using the book value method based on its total assets.

A vital conclusion that you can draw from this is that if it increases year on year, that does not mean that the company’s reputation in the market has improved. It only means that the company is involved in numerous take-overs and mergers.

In addition, a decline in goodwill does not necessarily mean that the company’s reputation has deteriorated from year to year. It just means that the corporation is gradually writing off the goodwill from its balance sheet.

Looking beyond the annual report

As we have established, goodwill is an intangible asset of a company that plays a phenomenal role in enhancing its earnings. It is a factor that gives a company an edge over the competition. It could be brand value, usability, product buying habits or customer loyalty. Goodwill reflects elements that you cannot measure. Hence, these are not a component of the company’s yearly report. 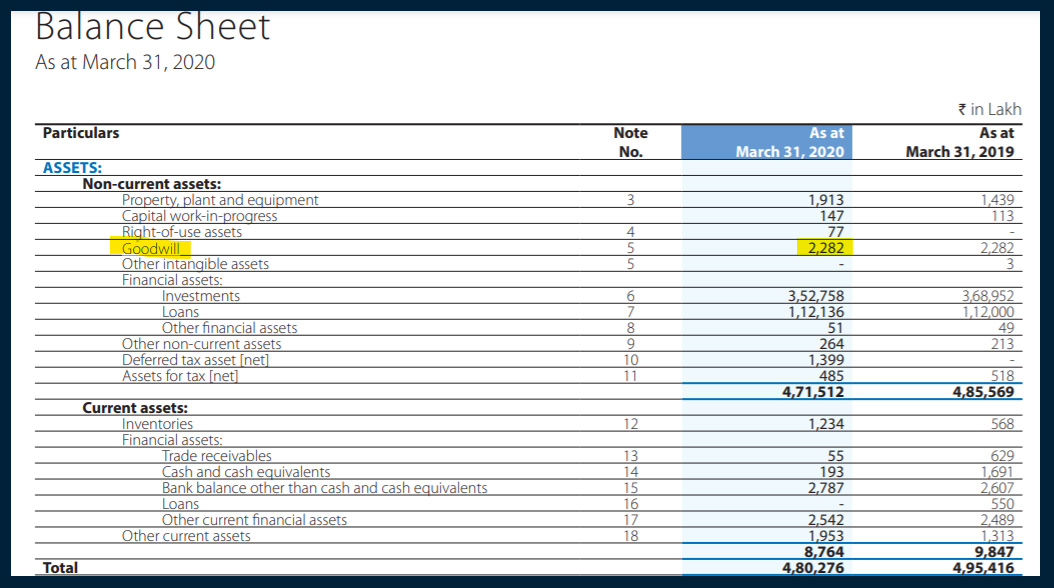 The value of such financial goodwill can be more than the equivalent of all company assets combined. Number crunching is essential, but the most critical factor in your investment decision is not a number. It is something that must be felt and analysed. New and seemingly revolutionary products in the market that make things easy for the masses are most commonly the multibaggers of the future. Some of today’s biggest companies, including Facebook and Amazon from the west, and Zomato, Paytm, and Zerodha from India, among others, are live examples of multi-baggers that rose from the space of easing public needs.

If you search in the estimates, you will not find the entire genuine commercial value there. Try to investigate a business with the potential of its intangible assets. Try to look for the channel of the company, the contentious influence it has over others. The annual report might state a company’s past and prospects, but it cannot ascertain its fate.